The American Pomological Society first presented an award in 1961 for the two best papers in Volume 14 of Fruit Varieties and Horticultural Digest. This was coordinated by Dr. Andrew Leon Havis and the prize consisted of the five most recent volumes of Fruit Varieties and Horticultural Digest bound between hard covers, or a book of the winner’s choice (price limit set by the Secretary).

In 1962 this award was named the Paul Howe Shepard Award in honor of , the deceased past president of the American Pomological Society. Paul Shepard had served as president in 1955-60 and on the executive board in 1961. Paul Shepard was awarded the Wilder Certificate at the 73rd Annual American Pomological Society Meeting in 1959 for his many horticultural achievements. A bibliography on Dr. Shepard was published in Fruit Varieties and Horticultural Digest in 1962, 16(2):28. He was born in 1890 and died unexpectedly at the American Society for Horticultural Science Annual Meeting in 1961. In 1983 it was voted to drop the book award completely and to only present a Certificate of Award and a cash prize.

The following criteria are used to choose the best paper: 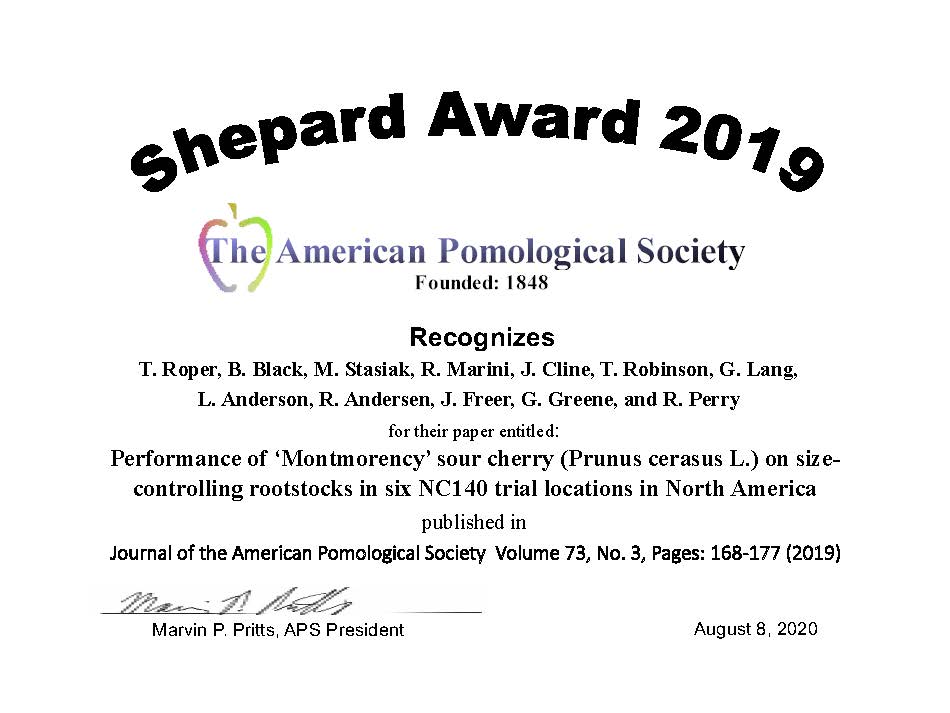 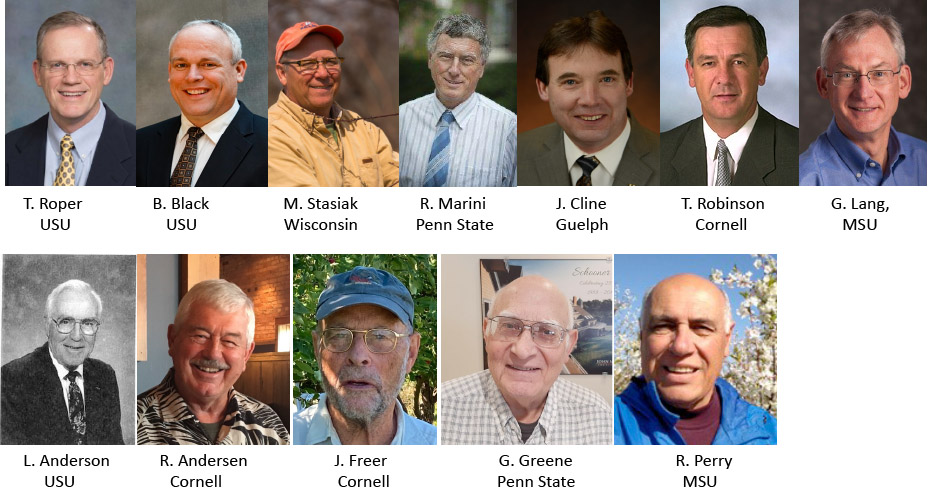 ‘On behalf of my co-authors, I’d like to express our gratitude to the committee for selecting this paper.  Putting it together required much coordination, but getting the paper accepted was the culmination of years of work by a large number of people.  It is an honor to be associated with them.’
-Teryl Roper

We hope that the Shepard Award will continue to give incentive to researchers to publish outstanding research in the Journal of the American Pomological Society.