The Wilder Medal was established in 1873 by the American Pomological Society in honor of Marshall Pinckney Wilder, the illustrious founder and first President of the Society.

The award consists of a beautifully engraved medal which is presented to the recipient at the annual meeting of the American Pomological Society.

The Wilder Medal is conferred on individuals or organizations which have rendered outstanding service to horticulture in the broad area of pomology. Special consideration is given to work relating to the origination and introduction of meritorious varieties of fruit. Individuals associated with either commercial concerns or professional organizations may be considered as long as their introductions are truly superior and have been widely planted.

Significant contributions to the science and practice of pomology other than fruit breeding also will be considered. Such contributions may relate to any important area of fruit production such as rootstock development and evaluation, anatomical or morphological studies, or unusually noteworthy publications in any of the above subject areas. Activities relating to olericulture, ornamental horticulture, or the processing of fruits and vegetables are not considered to be within the areas of interest for which the medal is to be awarded. 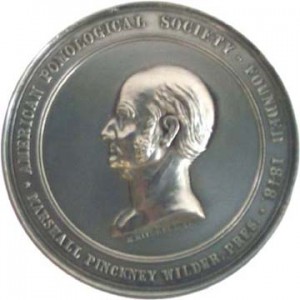 The guidelines for nominations can be found on the nomination form and includes details necessary for a complete nomination packet.

For outstanding contributions to apple physiology and production.